THE MAN WHO WAITS
AND SLEEPS WHILE I DREAM

Drawing on observation techniques from a 19th century sleep disorders clinic, The Man Who Waits and Sleeps While I Dream supposes an intense but unexpressed intimacy between a contemporary observer and her sleeping charge.

This piece is built from a series of projections. Physically, the images are projected in different scales on all sides of the room; Psychologically, the projections are within the voice-over as the observer projects her own thoughts and neuroses onto the sleeping subject. These projections echo as metaphors for the exchange between artist and viewer; between separation and longing; between distant lovers; between the conscious and sub-conscious within ourselves

Funny, it still seems so intimate, all these nights watching him sleep. At first our awkwardness didn't surprise me but I expected by now - that the routine - but instead I’m so aware of how I’ve been looking forward to this all day and of how my own routine begins hours earlier, gathering together my data sheets, some reading material, a couple of sandwiches, a thermos of black coffee - choosing a sweater for when the heating cuts back later on, making sure I get my own sleep so I can be alert to watch his....

In the main gallery space, a large video projection of an impossibly deep drain is surrounded by vintage slide projectors, with tiny images tumbling together in random sequences of narrative structure to become source material for a kind of “conversation.” 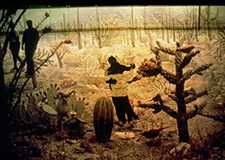 Another video, a clinical recording, is located in an observation alcove, where the voice-over soundtrack can be heard through headphones. 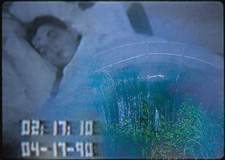 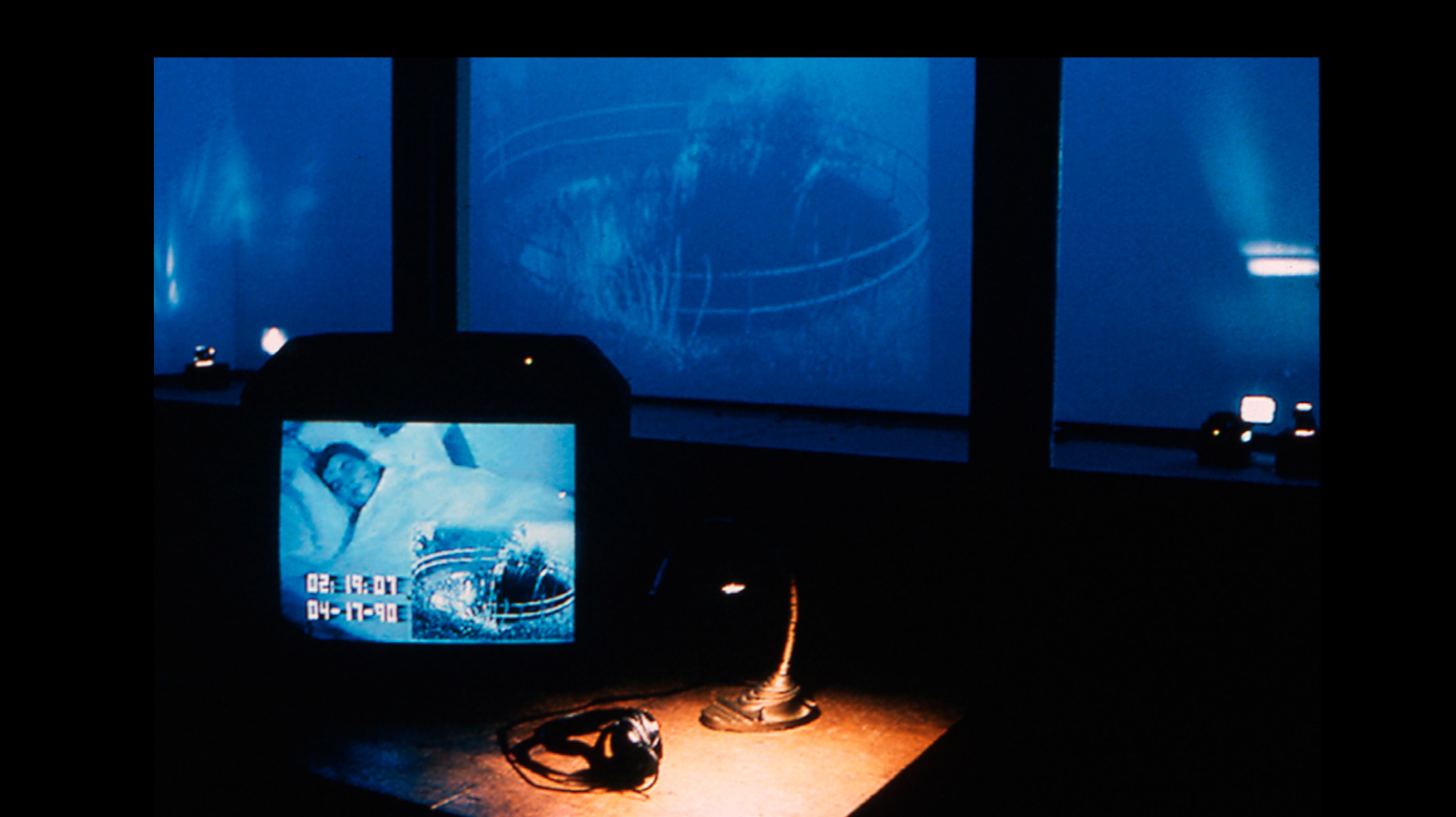 "... That old chestnut. “Which ones of us are dreaming and which among us are awake - philosophically speaking?” Sometimes you wouldn’t be caught dead sleeping and sometimes all the cool people close their eyes and drift. Sometimes in literature and art creativity itself is depicted as kin to dreaming. Sometimes, we are told, visionary geniuses see more with their eyes shut than we ordinary folk see agog.

But just as often it is the reverse. We ordinary Joes are “asleep at the wheel,” but some philosopher exclaims “I wake, therefore I am!”...

... In the Sleep Clinic, dualities and contradictions proliferate. The man who sleeps is an object of study. But his ordinary dreaming is not intriguing to scientific institutions alone. Someone else, seemingly dispensable, enters the situation, lives and is employed in it, but more than that. Is there not always an unforeseen interpreter of the goings-on? And contributions unaccounted-for, even deemed superfluous, that intervene in this modern cosmology?..."!"

The voice-over narration and the video of the sleeping subject are interrupted by other images and text. Another soundtrack is heard in outlying corners of the space. 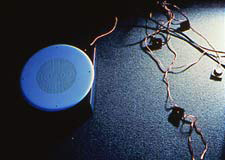 The viewer walks between the elements of the work, putting together a particular understanding based on the randomness of his own physical placement in the room – interpolating not only the language of the narrative, but images and sensations as well. 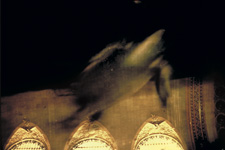 MacKenzie Art Gallery Regina, Saskatchewan, Canada, curated by Timothy Long.
Following the installation an artist bookwork with an essay by Jeanne Randolph was published by the Mackenzie Gallery and later awarded the Saskatchewan Book Award.

The work was restructured for the Centre d'Art Passerelle in Brest France, curated by Chantal Bideau
the French/English catalog includes an essay by René Viau.