AN ARCHIVE FOR THE LOST ONES

An industrial light table in the center of the gallery displays the archive – two oak boxes holding 72 glass plates. The units recall medical specimens and photographic plates to be stacked, reordered and scattered by the visitor in a further dispersion of form.

Light spills onto the floor from under the table. On the back wall projections detailing the wooden shelves and cast iron stair-ways of an old archive in Den Haag can be seen. A vintage slide projector offers small, intensely saturated images near the floor. At times there is a still image of Duchamp's hand reaching for a chess piece and moving it across the black and white board.

The Memory Tape of The Day preceded this project as a kind of "working drawing" for the piece.

The piece is heard through a speaker at the entrance to the space. 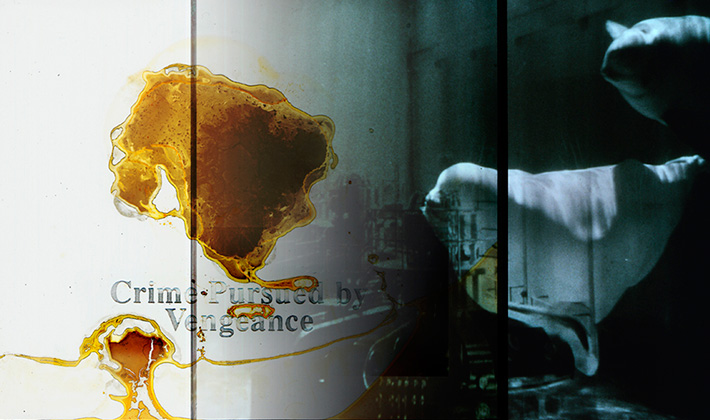 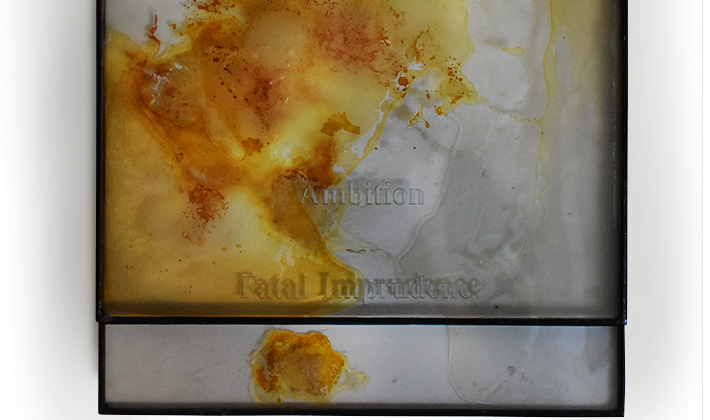 A 48 page bookwork with overlapping pages of transluscent paper was published by the Contemporary Art Gallery, Vancouver Canada.

"... But the impulse to ground the sense of vertigo by naming names as orgins would only produce a false closure, reveal a structure that is as empty as the abandoned archive twice projected on the gallery walls. an Archive cites the moribund repositories of cultural memory, insisting on the already thereness of the language and the culture. It begins in the folds of citation. It's soundtrack grafts together music and words, sounds and phrases, culled from the inventory of private and public memory, from dreams, films, books, pictures. HIdden in one of these folds is the figure of Orpheus, doubly represented through a lengthy musical quotation from Gluck's opera Orpheus and Euuridice and phrases taken from Cocteau's film adaptation of the Orphic myth, Orphée. And again there is repetition, the muscial quotation from Gluck is reiterated in a different improvisational voice by a saxaphone... As the aura of the original is lost, an Archive remobilizes the force of its trace through displacement to produce a phenomenal, atmospheric density..."..."

Barbara Burkhardt
excerpt from essay published in the bookwork, An Archive for the Lost Ones.